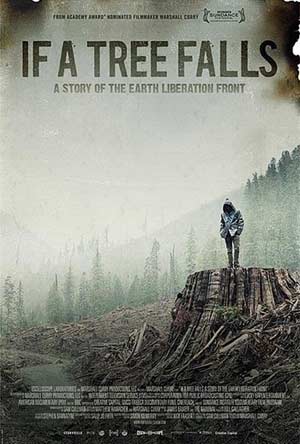 Prior to launching into the full-fledged festivities of Andersonville Green Week, Mightybytes is co-sponsoring this documentary on eco-terrorism and the darker side of living green.  Join us at Chicago Filmmakers on Friday, July 8th at 8:00 PM.

Marshall Curry’s documentary tells the story of the Earth Liberation Front’s (E.L.F.) Pacific Northwest sleeper cells whose malaise with public protest—and the police’s aggressive tactics—decided that traditional forms of peaceful protest and activism resulted in an inability to lead change and subsequently targeted private property as a way to economically sabotage companies the E.L.F. decided were destroying the environment.

Throughout the 1990s and into 2001, The E.L.F. burned down timber companies, slaugherhouses, S.U.V. dealerships and a $12 million ski lodge in Vail, Co. The E.L.F. also destroyed the Center for Urban Horticulture at the University of Washington due to a false belief that they were raising genetically engineered plants. All in all, this E.L.F. cell’s string of actions caused nearly $80 million in property damage.  In March 2001 the American arm of the E.L.F. was designated as the country’s “No. 1 domestic terrorist threat” by the F.B.I.

The film focuses on Daniel McGowan, a seemingly gentle guy born in Brooklyn, NY and raised in Rockaway, Queens—whose dad’s was a New York cop—was a business major in college, and while working in corporate public relations saw a documentary about environmental destruction and afterwards went to work with a variety of environmental organizations in New York. It was in New York that McGowan realized that continued environmental destruction seemed imminent. McGowan says, “I engaged in the ‘representative democracy’ kind of activism, but my heart was never in it.”

McGowan subsequently moved to Eugene, OR and decided to take active engagement in the radical E.L.F.  He says, “At some level, I thought it (E.L.F. actions) was effective. If I would have written a statement that I think genetic-engineered trees are bad and old-growth logging is bad and sent it to every media outlet in the counry, it wouldn’t have been paid attention to. There is something really strange about when you attach a statement to an arson it suddenly becomes newsworthy….it is like propaganda with teeth.”

McGowan was taken into custody in Brooklyn, NY in 2005 and brought to trial (back in Oregon) on charges of terrorism for his participation in E.L.F.-related arson plots. The government threatended McGowan with a maximum 335-year sentence. The film shows how a determined F.B.I. can pin the co-defendants against each other to bring down these suspected (though not formally charged) “terrorists.”

What would lead someone passionate about a cause to meddle with private property and potentially threaten the livelihood of innocent people instead of leading change nonviolently? Do crimes against property in which no one is killed or injured really constitute as acts of terrorism? See the film and share your thoughts! There will be a discussion immediately following the film.

« Measure What Matters: Goals and Funnels Together At Last!